Later in June 2014, an important Anglo-Saxon coin is due to be sold at auction by Dix, Noonan and Webb in London. It was discovered in March this year by a metal-detector user who promptly brought his find to the Fitzwilliam Museum in Cambridge for identification. There, it was quickly identified as the fourth known penny of Æthelberht II, king of the East Angles: a ruler who was executed by order of Offa, king of the Mercians (757–96), in 794, and who went on to be the object of veneration as a saint. It was also included in the Corpus of Early Medieval coin-finds. 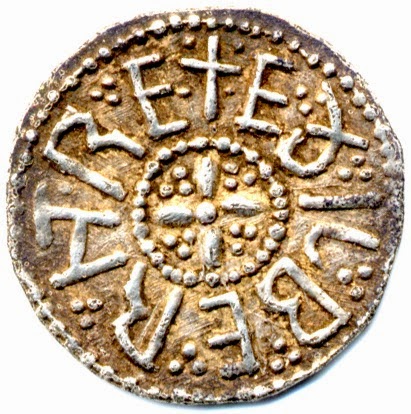 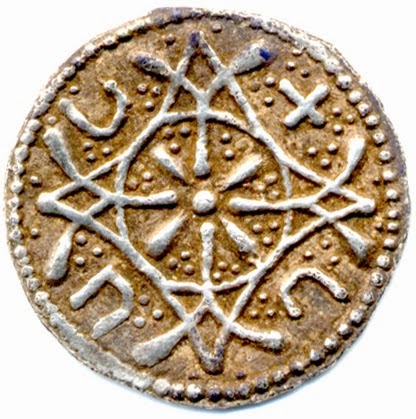 The three pennies of Æthelberht known before this find all carry a well-known design showing the king’s bust on one face and a wolf and twins on the other, recalling Romulus and Remus, the twins responsible for the founding of Rome, but possibly also playing on the name of the traditional East Anglian royal dynasty, the Wuffingas (‘Wolfings’). This new coin carries a completely new design of elegant cruciform motifs on both obverse and reverse, as was common on the coins of other contemporary rulers, not least Offa. It demonstrates effectively how even one new coin might modify understanding of a poorly known ruler. In this case, the new coin indicates that Æthelberht’s coinage was more diverse than had previously been supposed, and that not all his coins carried such symbolically charged iconography. They emerge as something more than a special one-off issue to call attention to the king’s status. That said, Æthelberht apparently only ever had one moneyer – a man named Lul – working for him, whereas Offa had several at any one time in the same (or a nearby) mint-place in East Anglia. Æthelberht’s coinage was a relatively small enterprise, and its relationship to Offa’s own coinage remains unclear. Its proclamation of a rival king’s royal status surely would not have gone unnoticed by Offa. On the other hand, Æthelberht’s execution in 794 was only the final stage in their interactions: things may not always have been so antagonistic, and a comparatively diverse coinage for Æthelberht perhaps points to toleration on Offa’s part, conceivably over a period of several years. Further clarification can only come from further new coin-finds.