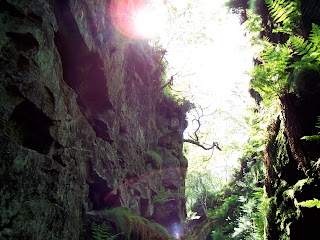 I have been working on this material intermittently for a number of years, and my approach to the etymological arguments has evolved as I have collected more and more suggested loans. Over the next few months I intend to prepare the main elements of my research for publication. This task has been greatly facilitated by the generosity of the Arts and Humanities Research Council (AHRC), whose ‘Fellowships’ scheme has enabled me to take an additional term of sabbatical leave in order to work on Sir Gawain. Looking further ahead, I hope that my survey of the vocabulary of this important text will sow the seeds for a large-scale, collaborative project to collect words of possibly Scandinavian origin from a great many more Middle English texts.
Posted by Anglo-Saxon, Norse, and Celtic at 04:55