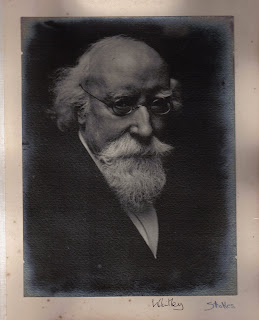 From the 1850s onward, Whitley Stokes published prolifically on many topics, such as European and Sanskrit poetry, but his most important contributions were to two fields: Indian law and medieval Celtic philology and literature. The bibliography of his published works (in Zeitschrift für celtische Philologie, vol. 8) includes thirty monographs and around three hundred scholarly articles. In the field of law, his major works included Hindu Law Books (1865) and The Anglo-Indian Codes (1887-8). His seminal Celtic publications are too numerous to mention; he edited and translated many of the most significant works of medieval Irish narrative literature, and it remains the case that many of these texts are only available in print today in Stokes's editions and translations. In addition, he published on Old Irish glosses, as well as on Welsh, Cornish, Breton and Gaulish.

Whitley Stokes was a complex and contradictory individual. Renowned for his acerbic, even aggressive, criticism of his contemporaries in print, Stokes's private correspondence reveals him to be warm, witty and romantic. He suffered from extreme feelings of depression and insecurity, and experienced much heartache (particularly the death of his first wife in India). The achievements of his life chart the expansion and consolidation of the British Empire in the nineteenth century, and raise questions about the experience of the Irish within that imperial context, but equally they chart the expansion and consolidation of historical and cultural knowledge within the nascent disciplines of philology and literary studies. This small flurry of press interest in Stokes and his life is to be welcomed, but we are only taking our first steps towards understanding the scholarly contribution of this intellectual giant, and towards understanding the cultural and political context within which he worked.
Posted by Anglo-Saxon, Norse, and Celtic at 02:40