Over the next few days we'll be publishing some reports from this year's Festival of Ideas, which has been another big success for the department. Here's the first, from ASNC graduate student Julianne Pigott:

"Charting geographic and historical territory from St Columba’s defeat of the Loch Ness Monster to the dragon vanquished by St George, ‘Saints and Dragons’, a Festival of Ideas session presented by the Department of Anglo-Saxon, Norse, and Celtic on Saturday October 25th was created with an audience of under 10s in mind but ultimately attracted the attention of a selection of visitors of all ages. Designed by graduate student Julianne Pigott, as part of the Isaac Newton Trust funded Mapping Miracles project which examines miracle accounts from hagiographical texts composed across the regions of the medieval Insular world, ‘Saints and Dragons’ encouraged participants to explore the patterns, convergent and divergent, in miraculous animal encounters recorded in texts composed about saints associated with modern-day Ireland, Scotland, Wales and England.

The subject of no fewer than eight hagiographical texts in Latin and Old/ Middle Irish, St Brigit, was the first of six saints to whom attendees’ attention was drawn. Drawing on accounts from the seventh century Latin text composed by Irish author Cogitosus, listeners were introduced to twelve Brigidine miracles, as they handcrafted crosses in accordance with a pattern attributed in modern folkloric tradition to the fifth-century nun. From the wondrous reproduction of meat she had previously fed to a stray dog, to her ability to calm wild horses and straying cattle, younger audience members were enthusiastic about the fantastical elements of the Brigit narrative.  Crossing the Irish Sea to Scotland, the audience was introduced to Adomnán’s Vita Columbae, a seminal source for historians of the period, but also the first literary account of the Loch Ness Monster. The holy man’s victory over his watery foe marks the only textual sighting of the monster before 1933 but this earliest identification of Nessie is often known only to medievalists and Latinate scholars; the adult participants in ‘Saints and Dragons’ certainly appreciated the value in familiarising themselves with the medieval roots of a modern legend.

In a further exploration of the connections between past and present, the younger cohort was presented with a brief introduction to the manuscript and textual history of these tales, with particular reference to the ninth century Irish poem Pangur Bán and its adaptation by contemporary filmmakers as a customised narrative for today’s Disney saturated audience. The account of the journey of this text, from ninth century European manuscript to twenty-first century animated movie replete with child-friendly musical accompaniment, provided an appropriate preface to a consideration of Welsh Saint Melangell’s position in popular lore as the saviour of hares. 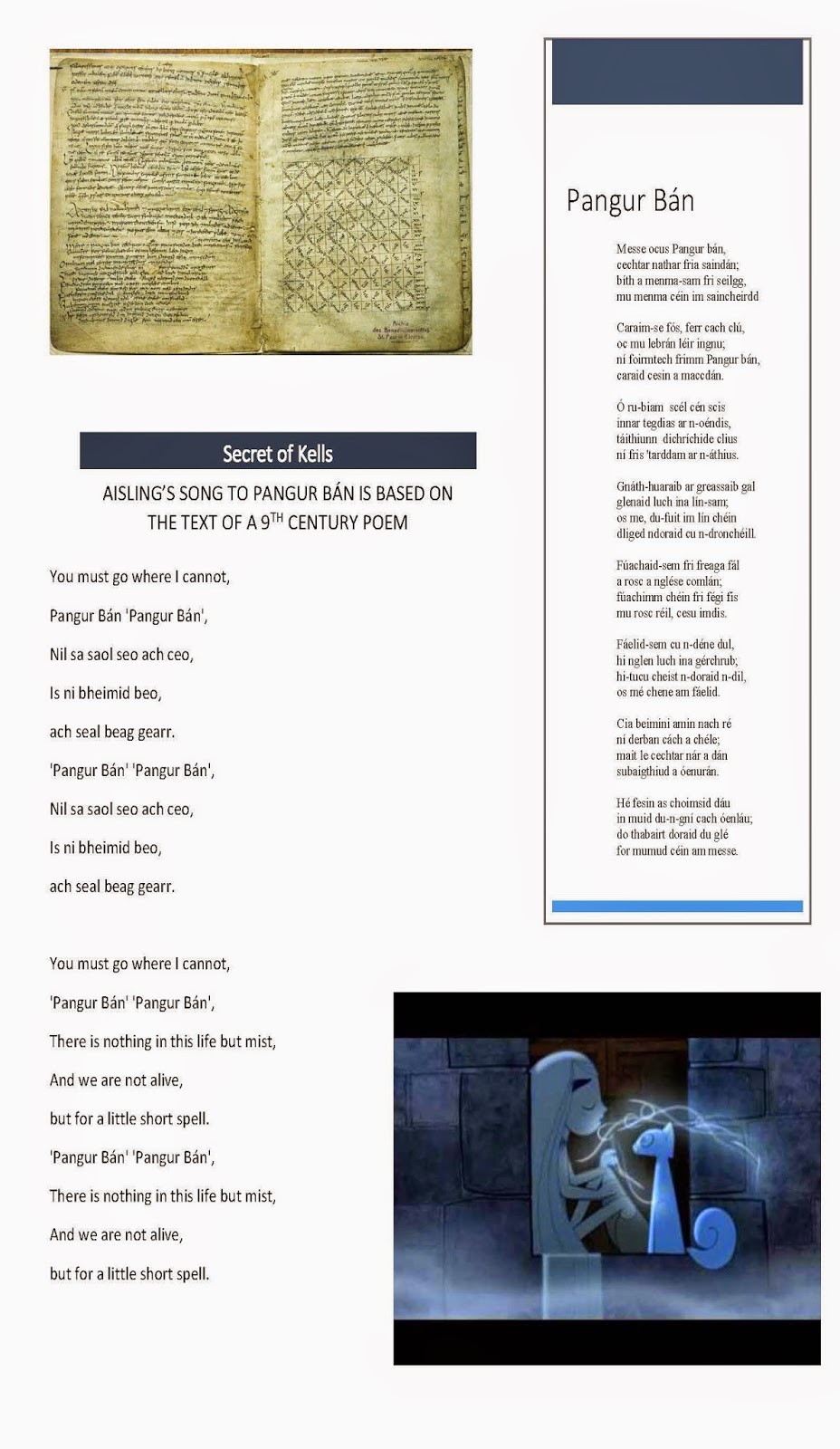 Tracing the ahistorical Melangell from a putative lifespan in the sixth century, through a text likely written in the twelfth, committed to vellum in the sixteenth and reports of a traveller to the region in the eighteenth, mature participants became more familiar with the particular challenges encountered by the historian seeking to disinter the truth of these tale. Meanwhile younger audience members were entranced by the vision of St Melangell sheltering the hares and rabbits under her voluminous skirts!

The most popular storytelling section of the event was St George’s defeat of the dragon in Cappadocia, though listeners were taken aback to discover that the infamous victory by England’s patron saint occurred in modern Turkey rather than on local soil. The theme of 2014’s Festival of Ideas was ‘identity’ and the St George narrative challenged assumptions readily made by modern readers about the origin and reliability of narratives accepted in today’s popular culture as unassailable truths. Seeking to refocus attention on the sometimes very localised nature of identities, both medieval and modern, the final saint’s tale recounted was that of St Æthelthryth of Ely, whose association with the Cambridgeshire region is historically attested and confirmed in bountiful literary productions.

‘Saints and Dragons’, though originally intended to serve only younger Festival attendees, evolved on the day of delivery to meet the expectations of a more diverse audience than anticipated. From the lively pictures and colourful crosses produced by the youngest participants to the probing questions raised by teenaged Classicists, the session exemplified the continued resonances of medieval saints’ stories for modern audiences, as narrative accounts in which certain aspects of identity are firmly implicated. The miracle accounts relied upon in the session explored how the relationship between place and people is neither fixed nor finite and challenged long, and often fondly held, assumptions about Insular patron saints and the intimacy of the connections upon which modern regional identities are, at least in part, founded. The work done by the Department of Anglo-Saxon, Norse and Celtic lends itself exceptionally well to exploring and bridging the gaps, both perceived and real, between disparate Cambridge communities. Audience members in attendance at ‘Saints and Dragons’ cannot have failed to notice the universal themes, with personal relevance, which suffuse narratives composed in wildly different times and areas across the medieval Insular world. Those connections remain as relevant and requisite to good political and personal relationships today, as then."