Trip to the National Library of Wales, Aberystwyth


On Wednesday 15th January, a group of eighteen committed ASNCs braced themselves for a 7am start to travel to the National Library of Wales in Aberystwyth. The library is currently hosting a unique exhibition entitled 4 Books: Welsh Icons United, displaying some of the most important manuscripts surviving from medieval Wales.

After a five hour minibus journey we arrived at the National Library, giving us just enough time to enjoy a quick lunch and some essential caffeine before the real fun began. Within the exhibition room the excitement was palpable, as we all came face to face with the books themselves. The list included the poetry manuscripts Llyfr Taliesin, Llyfr Aneirin, Llyfr Du Caerfyrddin and  Llawysgrif Hendregadredd, as well as the newly-acquired Boston Manuscript of Welsh law, and both Llyfr Gwyn Rhydderch and Llyfr Coch Hergest, the latter of which usually resides in Oxford. The experience of standing in the same room as both the Llyfr Gwyn and the Llyfr Coch, usually separated by such a great distance, is something none of us will forget. Some of us wandered out of the Four Books exhibition to view the Library’s impressive collection of Welsh landscape paintings, as well as some of the other displays.

Together with some students from Oxford, we were then  beckoned into the education room for a workshop on some of the other manuscripts in the library’s collection, led by ASNC’s own Professor Paul Russell, with Daniel Huws and Professor Thomas Charles-Edwards also offering the fruits of their experience and  wisdom. After a welcome and introduction from Maredudd ap Huw, the Manuscripts Librarian, Paul took us through a wide variety of books including a facsimile Peniarth 28 (a Latin version of the Welsh laws asspociated with Archbishop Pecham), the educational  facsimile of the Llawysgrif Boston, both the Welsh and Latin lives of Gruffudd ap Cynan, some of the transcriptions of John Davies of Mallwyd, and (for some the highlight of the day), the Book of Llandaf. We were able to pass them around and get a closer look. Other ASNCs took a leading role including PhD students,  Myriah Williams, who discussed the Llyfr Du Caerfyrddin with the aid of a facsimile, and Benjamin Guy, who gave an introduction to the Book of Llandaf. 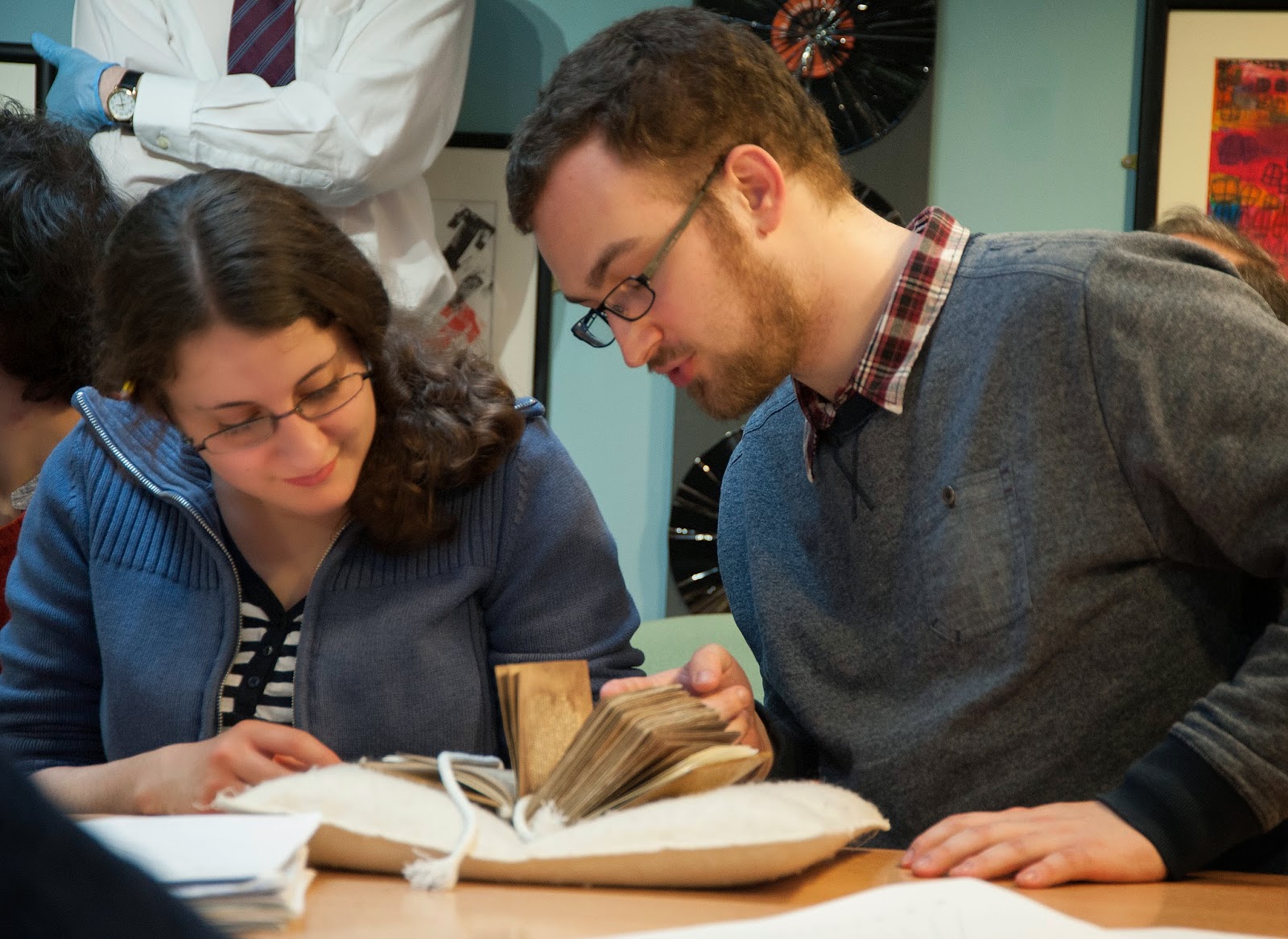 After the workshop some students took advantage of the opportunity for a behind-the-scenes tour of the Library led by Maredudd ap Huw. Some also chose to take advantage of the opportunities provided at the gift shop, and left slightly lighter of pocket. The day was finished by a visit to the promenade where, after much searching, we found a chippy that was still open. A chorus of ‘happy birthday’ was sung to undergraduate Ella Watts, who turned twenty that day, and quickly proclaimed it to be the “best birthday ever”. We once again boarded our minibuses for the journey home, with a rekindled enthusiasm for all things ASNC.

We are very grateful to the National Library of Wales for such a memorable day, and especially to Maredudd ap Huw and Huw Bonner for all their hard work and willingness to make the day such a success. Thanks also to Phil Dunshea and Paul Russell for driving us there and back.

For another version of events, see the Library's own blog.