Kennings in the Community and Poets on Viking Poetry

Dr Judy Quinn and Dr Debbie Potts have been awarded funding to run two cultural engagement projects from February–April 2013 as part of an AHRC pilot scheme. The projects – Kennings in the Community and Modern Poets on Viking Poetry – are aimed at nurturing a wider public interest in the aesthetics of skaldic poetry through creative writing workshops and collaborative cultural translation. As Debbie Potts elaborates…

At a workshop last weekend, I fell into conversation with a poet about kennings. To my surprise and gratification, she not only knew what kennings were, but was able to relate an interesting little anecdote about them. A colleague of hers had recently conducted a workshop on kennings with school children. The exercise involved developing ways of referring to family members using items and actions associated with their character or behaviour. A certain precocious child came up with a wonderfully original kenning for his father: sofa-farter.

Some of the most linguistically dexterous of skalds, experts in the rhetoric of defamation, would have found it hard to respond with a kenning equally as cutting. The idea behind sofa-farter is simple, but it carries with it a great deal of cultural resonance (irrespective of whether we would describe our own fathers in such terms). It plays on a cultural stereotype that is both gender and class specific – i.e. the working-class male couch potato (which is in itself a kenning) – and could only emerge from a social milieu in which it is acceptable to occasionally make fun of one’s parents rather than holding them in a perpetual state of reverence.

I think this story provides an excellent illustration of the kenning’s universal cognitive appeal, its capacity to accommodate the mindset of a given individual or particular speech community. The project Kennings in the Community seeks to produce resources for creative writing workshops based on the kenning. My aim is not only to nurture a wider public interest in skaldic metaphor, but to encourage people to create their own kennings relevant to their everyday experience, thereby prompting them to question and re-imagine the way our culture conceptualises the world.

I’m excited to be working with three practicing word-smiths: Lucy Hamilton, Emma Hammond and Jane Monson. These habitual quaffers of Odinnic mead will be applying their creative writing expertise to the development of the workshop materials. Some ‘test’ workshops will take place at the beginning of April and the resources will be made available on the ASNC website before May, so watch this space! If you simply can’t wait until then to try your hand at creating kennings, you can take a look at an exercise I wrote for the Poetry Society’s Young Poets Network here. 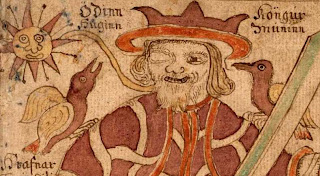 The sister project Modern Poets on Viking Poetry is all about extending the skaldic aesthetic into the creative consciousness of contemporary poets. My intention is to encourage a dialogue between academic research and modern poetic practice.

In the wake of the Poetry Parnassus – the largest ever international poetry festival, hosted by London’s Southbank Centre last summer – it seems an opportune moment to be tapping into the poetry world’s enthusiasm for cultural exchange. Poets will be encouraged to engage with basic translations and commentaries provided by skaldic scholars; they will have complete creative freedom in the way they choose to interact with the poetry, and may produce anything from a poem that seeks to replicate the phonic qualities of skaldic metre to a multimedia art-piece…I’m intrigued to see what they come up with! Selected poems will be published on a blog attached to the ASNC website, and two events will take place (in Cambridge and London) at the end of April where poets will be invited to read or perform their translations. 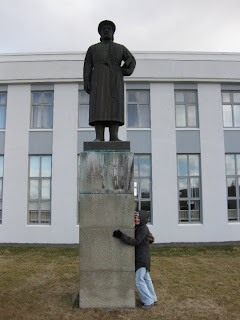 It must be acknowledged that neither project would be possible without the boundless curiosity of poets, who are constantly looking for new ways of understanding and expressing the world around us, however bizarre and alien (so much the better). And, of course, the open-mindedness and intellectual generosity of skaldic scholars, who are happily rather less mercenary than Mímir when it comes to offering a drink from the well of knowledge.