Professor Dafydd Jenkins, legal historian and the doyen of medieval Welsh law, died in the early hours of Sunday 6 May at the age of 101. Born on 1 March 1911, he lived long enough to have had at least four careers. He was born in London to Cardiganshire parents, attended Sidney Sussex College, Cambridge, where he read Natural Sciences followed by Law, and was called to the Bar in 1934. He then worked as a barrister in Carmarthen and in 1938 was secretary of the campaign to have the Welsh language recognised in Court. A conscientious objector during the war, he bought a farm at Trawsnant in Ceredigion and farmed that in the forties and fifties, a farm he still owned at his death. He was influential in Welsh agricultural circles and was instrumental in establishing farming co-operatives in Wales. In the forties and fifties he conducted evening classes on agricultural topics for the Extra-Mural Department of the University of Wales College, Aberystwyth, and from 1965 lectured in the Law Department at Aberystwyth, eventually holding a chair in Legal History and Welsh Law, (1975–1978), until his retirement. 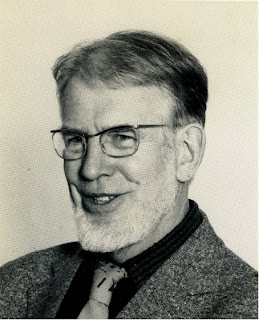 All his work on medieval Welsh law was carried out in these latter years, and it is extraordinary to think that when I got to know him in that context he was already retired and in his early seventies. He published widely throughout his life having learnt the art of printing when co-editing Heddiw with Aneirin Talfan Davies while still in London, and he retained to the end a fine sense of page-layout and typography. One of his most famous early works was Tân yn Llŷn (Aberystwyth, 1937), a forensic account of the trial of D. J. Williams, Lewis Valentine, a Saunders Lewis for the burning of the bombing-school in 1937. His other publications included the travel books, Ar Wib yn Nenmarc (Aberystwyth, 1951) and Ar Wib yn Sweden (Aberystwyth, 1959), Y nofel: datblygiad y nofel Gymraeg ar ôl Daniel Owen (Cardiff, 1948), Law for Co-operatives (Oxford, 1958) and an edition of Gwilym Hiraethog's Helyntion Bywyd Hen Deiliwr (Aberystwyth, 1940). The long stream of publications on medieval Welsh law only began in the seventies but continued until 2010; they include Cyfraith Hywel (Llandysul, 1970), Celtic Law Papers (Brussels, 1973), The Law of Hywel Dda: law texts from Medieval Wales (Llandysul, 1986), and editions of Llyfr Colan (Cardiff, 1963) and Damweiniau Colan (Aberystwyth, 1973), and a Conspectus of the Manuscripts of the Cyfnerth Redaction (Cambridge, 2010). In addition he contributed numerous essays to other volumes, including The Welsh King and his Court (Cardiff, 2000), and Tair Colofn Cyfraith: The Three Columns of Law in Medieval Wales (Bangor, 2007). All scholars bring to their work the accumulated experience of their lives, but Dafydd’s life experiences were so rich, varied and relevant that they shine through in everything he wrote. His work was characterized by a detailed and intimate understanding of law, by a marvelous control of Welsh, and in particular by a deep understanding of the law of the land derived from his years of farming it. In 1986, at the age of 75, he was honoured with a Festschrift, Lawyers and Laymen (Cardiff, 1986), and few would have believed he still had so many productive years ahead of him. I worked with him as an editor on some of these volumes and even at the age of 99 he would not let you get away with anything; an absolute stickler for the precise legal terminology, all proofs came back annotated in pencil in a tiny italic hand which, however small, was perfectly legible and ruthlessly clear in its intent.
One of his great achievements was the establishment of Seminar Cyfraith Hywel which meets twice a year to discuss matters of Welsh law and over the years has been a remarkably productive source of volumes of essays and edited texts on various aspects of medieval Welsh law, such as the laws of women, suretyship, the laws of court, the Three Columns (on homicide, arson and theft), and another one is in the making on the Law of Wild and Tame. He continued to attend the meetings until recently, and on 6 March 2011 we held a special meeting to celebrate his 100th birthday on the previous St David’s Day. He was unable to attend the last few meetings of the seminar, and there was, and will continue to be, a Dafydd-shaped gap in the front row.
He is buried next to his wife at Capel Penrhiw, Joppa, next door to his farm at Trawsnant.
Posted by Anglo-Saxon, Norse, and Celtic at 06:34